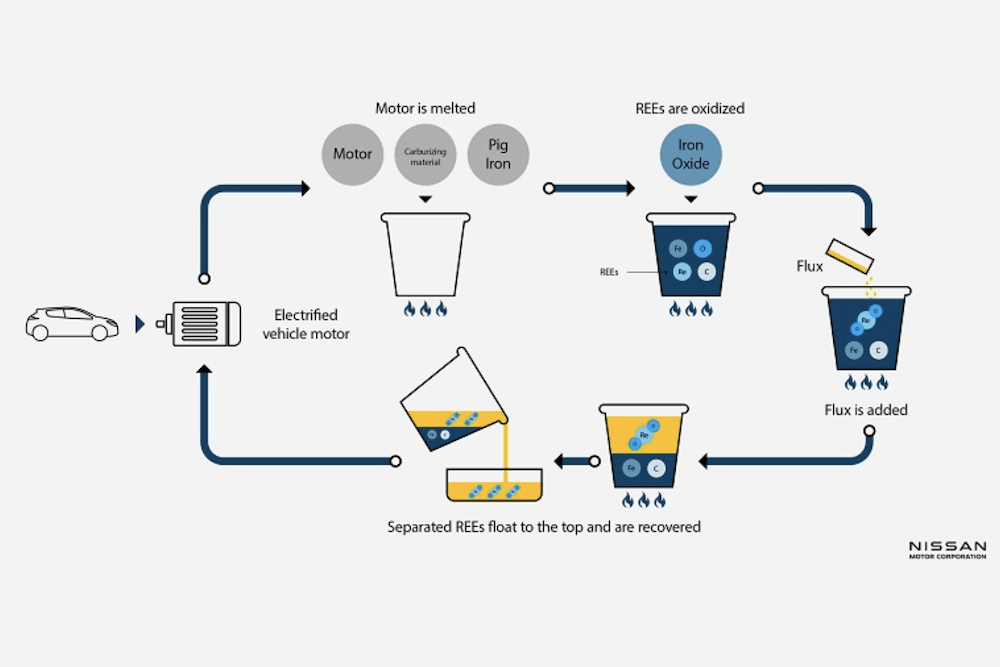 As more electric vehicles hit the roads every year, the question of what to do with the batteries when they reach end-of-use grows as well.

The question stems in part from the fact that improper disposal can contribute to water and air pollution. However, an increasing focus is on the critical materials within batteries as well.

Governments and industry are putting money into an array of research initiatives to improve battery recycling and recovery of critical materials. For example, the U.S. Department of Energy launched the ReCell Center to coordinate studies by scientists in academia, industry, and at government laboratories on advanced battery recycling. Across the pond, the Faraday Institution in the United Kingdom is coordinating the Recycling of Lithium-Ion Batteries (ReLiB) project to safely and economically manage the materials contained in lithium-ion batteries at the end of their life.

Nissan Motor Co., Ltd. and Waseda University are an exception. Since 2017, Nissan has collaborated with Waseda University on recovering rare-earth compounds from electric vehicle motor magnets. This month, the two collaborators announced they started testing a jointly developed recycling process.

The five-step pyrometallurgy process that they developed involves:

According to the Nissan press release, the process can recover 98% of the motors’ rare-earth elements. “This method also reduces the recovery process and work time by approximately 50% compared to the current method because there is no need to demagnetize the magnets, nor remove and disassemble them,” the press release continues.

Nissan and Waseda plan to continue their large-scale facility testing, with the aim of developing the process into a practical application.