New ceramic thermal barrier coating is long, strong, and down to get the friction on 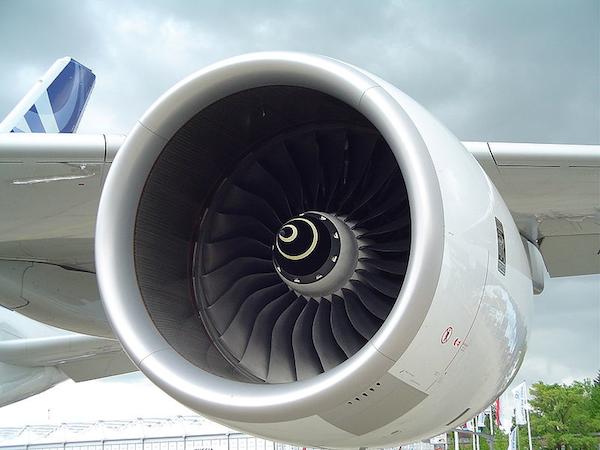 If you’ve searched for a flight to anywhere recently, you know that fares are high. It may be no surprise, but I suggest you point your blaming finger towards high fuel costs.

Figures from the International Air Transport Association show that total fuel costs have almost quadrupled in the past decade and now gobble up almost a third of airlines’ total costs. So being able to run jet engines more efficiently—and hence with less fuel—is getting a big push to reduce the costs and environmental impact of air travel.

When it comes to jet engine efficiency, hotter is better. But to survive the scorch, engines need a high-performing thermal barrier coating to protect them from the stresses of those intense temperature mood swings.

Scientists at Sweden’s University West report that they have developed a superior ceramic nanoparticle thermal barrier coating for jet engines that also can increase engine life by 300%.

The research is the doctoral work of Nicholas Curry, who says the new coating is the standard ceramic yttria stabilized zirconia (YSZ) containing ~7% by weight yttrium oxide. But in an email, Curry says the difference is “mainly a structural effect that provides such good properties and stability.” “A conventional surface layer looks like a sandwich, with layer upon layer,” Curry further explains in a University West press release. “The surface layer we produce with the new method can be compared more to standing columns (see image right). This makes the layer more flexible and easier to monitor. And it adheres to the metal, regardless of whether the surface is completely smooth or not. The most important thing is not the material itself, but how porous it is.”

Porosity allows the coating to expand and contract, providing elasticity and strength to withstand contraction/expansion cycles from the engine’s vast temperature changes.

The scientists applied the 0.5-mm-thick YSZ nanoparticle layer to engine surfaces using suspension plasma spray. Curry says they tested the ceramic layer thousands of times in thermal shock tests to make sure that it can withstand engine in-service temperature changes. Not only did the coating survive, but it also thrice outperformed more conventional coatings in durability.

Curry confirmed by email that his team is advancing their development forward. “There are a couple of projects on this topic at the moment running within our research group…though I am unable to go into specific details,” he says. “The purpose now is to move towards testing on engine components once the industrial partners are satisfied that the whole process is stable and repeatable. I hope that this will proceed within the next 12–18 months. Future work will be also to further refine the process by understanding better the deposition process and further tailoring of the ceramic suspension used as feedstock.”

The research was “conducted in close collaboration” with GKN Aerospace (formerly Volvo Aero) and Siemens Industrial Turbomachinery, according to the press release.