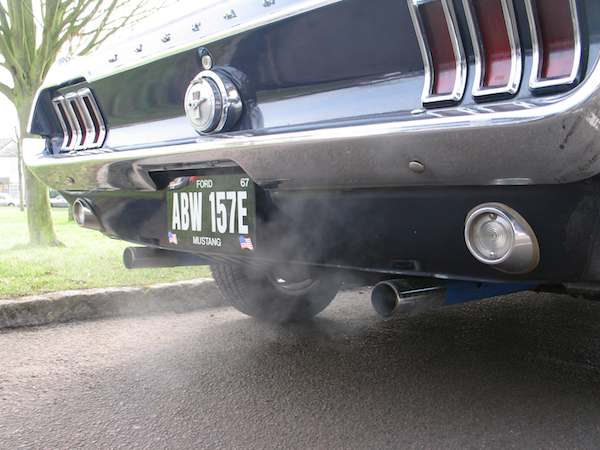 Although ceramic and glass materials are often unrecognized in the world around us, automobiles are one place where they shine—as materials in spark plugs, brakes, suspensions, and much more.

The time required to heat up catalytic converter substrates is called the “light-off” period, and it’s estimated that this time period (which lasts for ~30 seconds and up to several minutes) accounts for ~70% of total automobile emissions.

Reducing these cold-start emissions is a top priority in the face of tighter emission standards.

Corning’s innovators have developed a new product, Flora, with an “optimized material microstructure” that is designed to decrease cold-start emissions.

The material heats up considerably faster than existent substrates, reducing the light-off period and thus also reducing the amount of emissions that can escape from the cold substrate.

According to Corning, the new Flora material reduces the mass of the substrate so that it warms up 20% faster than regular ceramic substrates.

According to the release, “The substrates provide the flexibility to lower non-methane organic compound emissions, reduce precious metal use, and improve fuel efficiency. Both light-duty gasoline and diesel applications can benefit from FLORA substrates.”

Corning says they will begin producing the substrates this year at its Environmental Technologies facility in Erwin, N.Y. The company has partnered with Honda, which will install the new substrates on select model year 2016 vehicles.

Yesterday I spoke with Ken Twiggs, innovation program manager for substrates at Corning Inc. Although Twiggs couldn’t provide complete details about the new Flora substrates due to proprietary restrictions, he was able to provide us with a little more information.

According to Twiggs, Flora contains the same cordierite material that the company has modified to improve thermal performance by increasing the material’s porosity. Although that usually means consequently decreasing strength, the experts at Corning were able to maintain strength and performance even with increased substrate porosity.

Since Corning has extensive experience with catalyst substrates and many other materials, Twiggs says Corning’s scientists were able to leverage current technologies to improve the Flora substrates.

He adds that the new substrates are marketed as “value-added products,” as they offer automobile manufacturers benefits in terms of providing the ability to decrease precious metal use, reduce emissions, and gain design flexibility. Considering his answer was in response to my question about how the new substrates compare price-wise with existent technologies, something tells me Flora is not cheap.