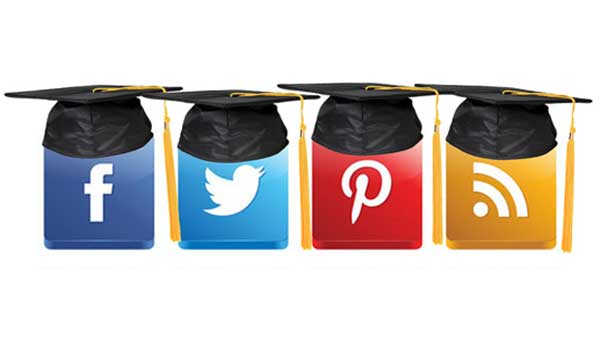 A new study has revealed the four types of social media users (Ms. Maker, Mr. Tech, Mr. Classic, and Mr. Nerd) in the academic and research community. Which one are you? Credit: startblogginglonline.com; Flickr; CC BY 2.0 (updated 1/11/2017)

That isn’t to say, however, that there isn’t anyone in higher education who has discovered the benefits of using Twitter, LinkedIn, Facebook, and Google+ to share their work and connect with colleagues (and students).

If you’ve taken the time to check out any of our social media pages (the links to which are above), you know that there are plenty of scholars taking part in conversations about ceramics and glass materials and the people who manufacture them, study them, teach them, love them, and yes—even those who tweet, post, and share news about how they manufacture, study, teach, and love them.

To identify those who are fully sold on the social media medium, the Goportis-Leibniz Library Network for Research Information, as part of the Leibniz Association’s Science 2.0 research group, conducted a study of academics and researchers from German universities and the Association’s research institutions. The goal? Pinpoint how the processes for publications and research are changing (or have changed) and adjust accordingly.

Type 1, “Ms. Maker.” You might have already (correctly) guessed that “Ms. Maker” is female. According to their data, she’s worked at a university for around 8 years and, in most cases (58.8 percent), is a research assistant. Only 20.9 percent of Type 1s hold a professorial position. Ms. Maker, who makes up 35 percent of research professionals, uses social media frequently (at least, but probably more, than once a week), regularly accesses tools that assist in reference, content sharing, and social networking, and is concerned with issues of privacy and data protection. “The key aspect that distinguishes this type of social media user from the other three types is the highly pragmatic way in which they make use of social media. In other words, they primarily use social media tools to organize their daily work and make their job easier.”

Type 2, “Mr. Tech.” Have you met “Tech”? This user is male and has worked at an academic or research institution for roughly 11 years as a research assistant (52 percent) or professor (37.8 percent). “Mr. Tech” represents 43.2 percent of German academics and research professionals and is the most common type of user of those identified. He not only is technically savvy and a “keen user” of social media (i.e., once a week or more), but also is more likely than Ms. Maker to try out new tools. Tools of choice include Wikipedia, Facebook, Google+, Twitter, Slideshare, Dropbox, and Skype.

Type 3, “Mr. Classic.” Classic is a word that, for some people, is ambiguous. (Is classic a good thing? Does classic mean old? Is it neither good nor bad?) In this case, “Mr. Classic” follows suit. Representing the smallest user group (just 8.6 percent), he is classically male (83 percent) and has worked at a university for an average of 12 years. Forty three and a half percent of Mr. Classics are professors, 26.1 percent are research assistants, and 17.4 percent are doctoral students and post-docs. Compared to his counterparts, Mr. Classic is less likely to use (or consider using) new tools or tackle the challenges of social media, using Web 2.0 services once a month or less for “pragmatic reasons or because it is a required part of his job.” He prefers Wikipedia, Facebook, Dropbox, Slideshare, and blogs. (We CTT editors can breathe a sigh of relief.)

Type 4, “Mr. Nerd.” The word “nerd,” too, can be ambiguous. Some of the world’s most famous, intelligent, and beautiful people were once deemed (or self-identified) nerds. So if you’re Type 4, consider yourself in good company with the 13.1 percent of social media users who fall into the “Mr. Nerd” category. Typically male (64.3 percent), Mr. Nerd has worked in the academic and research sector for a decade and is most often a (post)doctoral student and research assistant (55.6 percent) or professor (27.1 percent). The most active of the social media user types identified, he is not only receptive to new media but actually enjoys it. He uses social networking and sharing sites several times a week and “compared to other types of social media users, Mr. Nerd is more actively involved in the field of scientific communication.”

Check out a detailed poster of the four types here.

Again, the study was limited to only German researchers, so it would be interesting to see whether the types would shift or new types would emerge if the study were expanded to include our friends around the globe.

Academic or not: Do you identify with any of the social media users described above?

(I’ll get the ball rolling and let you know that I’m a feminine, “first-adopter” Mr. Nerd.)