Video: Hydrogen taxi takes to the streets in Brussels 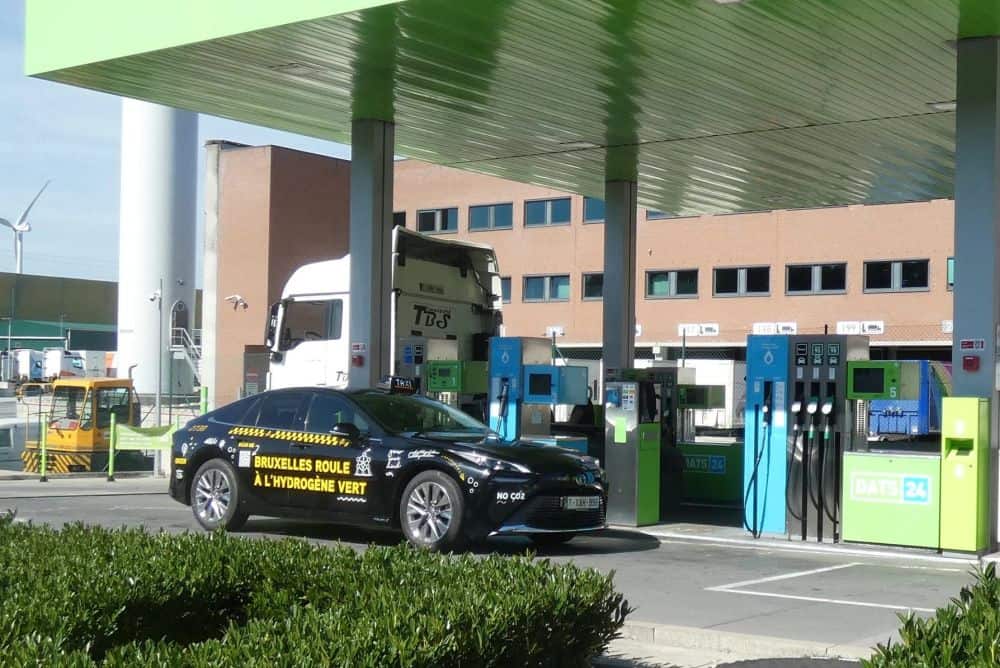 As governments globally look to decarbonize the transportation industry, electric vehicles are at the forefront of many plans. However, EVs are not the only option for decarbonizing the industry. Hydrogen fuel cell vehicles are gaining attention as well.

Compared to EVs, hydrogen fuel cell vehicles offer the advantages of longer distances and faster fueling times. However, currently, most hydrogen fuel is produced from fossil fuels, with significant associated CO2 emissions. For hydrogen fuel to be a true zero-carbon fuel, it must be produced through “green” electrolysis (splitting water with renewable-energy-generated electricity) or employ effective carbon capture and storage methods.

The genesis for this taxi test traces indirectly to the National Energy and Climate Plan 2021–2030 that Belgium submitted to the European Commission in December 2019. The plan states that any new taxis introduced after 2025 will have to be zero-emission.

In March 2022, Belgian car importer D’Ieteren Automotive, through its subsidiary Lab Box, took over Taxis Verts and stated its intention to digitalize and electrify the current fleet. At the time, only about 40 of the 500 in-service vehicles were electric.

Last Friday, Sept. 16, D’Ieteren announced that hydrogen fuel was now a part of its future planning thanks to a partnership with Virya Energy, a renewable energy holding company founded in 2019 by the Colruyt Group, and its wholly owned subsidiary Eoly Energy.

In an Eoly press release, CEO of Taxis Verts Jean-Michel Courtoy says, “We are excited to participate in this innovative pilot project with local partners. Taxis Verts is actively committed to carbon-free mobility, both with electric vehicles and now with hydrogen from our partner Eoly.”

Though hydrogen taxis are a new sight for Brussel residents, such taxis are a common sight in Paris. Taxi company Hype runs a fleet of several hundred hydrogen-powered taxis in and around the French capital.

Learn more about Hype in the video below.