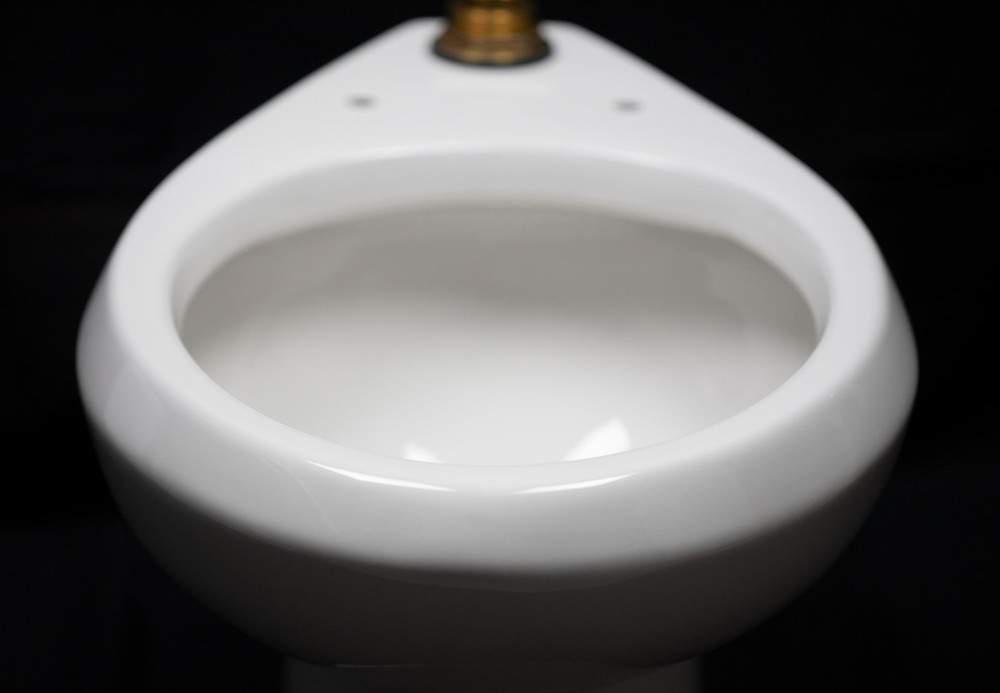 [Image above] Could a spray-on coating help save more than 70 billion liters of fresh water that are flushed daily? Credit: Wong Laboratory for Nature Inspired Engineering; Penn State News

With Thanksgiving under our (one notch bigger) belts, the end-of-year holiday season is officially in full swing, which for many people means gathering to share meals with family and friends, give thanks, and enjoy one another’s company.

But, depending on your company, surviving the holidays can be tricky. Take table talk for example—what’s appropriate and what’s off limits?

Here’s a handy tip: One topic that is always appropriate to bring up is what you have read in a recent issue of the ACerS Bulletin—such as the many diverse ways ceramic and glass materials contribute to the incredible $4.17 trillion residential building market.

Although porcelain toilets are most definitely part of that market, other bathroom-related topics often firmly fall under the purview of taboo topics at many tables.

But taboo table talk topic or not, toilets are a significant (and amusing) component of our modern world. And in addition to the positive impact of modern plumbing and sanitation on human health, toilets are an important sustainability consideration when it comes to worldwide water use.

More than 141 billion liters of fresh water are estimated to be literally flushed down pipes around the world on a daily basis. And because about half of that water is used just to help wash down the bowl after use (the other half is used to actually flush contents down the pipe), toilet efficiency represents an area with huge potential impact on water use around the globe.

Which is precisely why a team of researchers at The Pennsylvania State University and their colleagues at the Centre for Competitive Creative Design at Cranfield University in the U.K. developed a coating for toilets that could potentially reduce toilet water use by 50%, potentially saving billions of liters of water around the world every single day.

The researchers’ super slippery spray-on coating prevents waste—particularly solid waste—from sticking to the toilet bowl’s surfaces, allowing toilets to use less water to flush clean with each use.

The bio-inspiration was supplied by carnivorous pitcher plants, which are equipped with slippery hairs that cause insects to lose their footing and fall inside the plant’s pitcher, where the bugs are trapped and digested by the plant.

To mimic the pitcher plant’s slippery surface, the researchers developed a two-part commode coating called a liquid entrenched smooth surface (LESS). In the first step of the coating process, a layer of silicone molecules (polydimethylsiloxane) is sprayed onto a surface, polymerizing end-to-end and extending outward from the surface.

“When it dries, the first spray grows molecules that look like little hairs, with a diameter of about 1,000,000 times thinner than a human’s,” Jing Wang, lead author and doctoral graduate from Wong’s lab, says in the release.

The second step then consists of applying a silicone oil lubricant to make the hairs extra slippery, allowing even sticky solid waste to slide right past. The entire two-step coating can be applied in just a few minutes, making it easy to apply to existing toilets nearly anywhere.

These researchers are not the only ones engineering toilet coatings designed to prevent waste from sticking. For instance, Lixil’s AquaCeramic technology makes the ceramic surface superhydrophilic, allowing water to reach underneath waste and more easily lift it off. AquaCeramic also uses “a structure that does not expose hydroxyl groups, meaning that hard water stains are unable to build up and the ceramic surface remains flat and smooth,” according to the company. Details about how the surface technology works, however, are proprietary.

Lixil claims AquaCeramic’s performance can last 100 years because the technology is incorporated into the ceramic’s fabrication process—meaning the technology does not fix existing toilets. In contrast, Penn State’s spray-on LESS coating can be easily applied to any toilet in a few minutes, but it only lasts for about 500 flushes before it needs to be reapplied.

If you want to hear more about the LESS coating, check out this episode of NPR Short Wave for an interview with Wong.

And if you are interested in keeping a cleaner toilet in your own home, the scientists’ start-up venture, called spotLESS Materials, is already bringing the LESS-based tech to market.